In searching British Ancestors, people may ask us to trace their ancestors from the country of England, Scotland, Wales or Ireland. But, their ancestors often come from a more specific area, such as a county. If you have ancestors from the north of England, then these personal examples of Lancashire ancestry are for you.  Lancashire has a long and rich history and is a fascinating area to explore. We use examples to illustrate what’s involved in the research.

Join the many others to have experienced family history uncovered by our professional genealogists and walk in your ancestor footsteps.

The people of Lancashire are proud of their long and illustrious history. The Wars of the Roses were fought in the 15th century between the White Rose of the House of York and the Red Rose of the House of Lancaster. Lancashire was at the forefront of the Industrial Revolution, with an impressive number of inventors. There are many beautiful areas, particularly in the north of the county. There are large cities such as Manchester and Liverpool, many important towns surrounding them, then lovely villages spread throughout the county. The Beatles came from Lancashire – say no more. And why is it that so many of Britain’s top comedians have come from Lancashire? 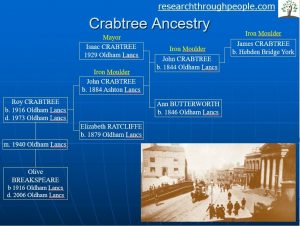 So, let’s look at the Crabtree family of Lancashire. They lived in the industrial town of Oldham, near Manchester, from the early 19th century. Like so many families, they worked in an industry that had grown due to the Industrial Revolution. There were 3 generations of Crabtree iron moulders, supplying the vital raw material needed to make the railway tracks, steam locomotives and the giant Watt steam engines that pumped the mines and provided energy to run factory machinery, and to build ships. 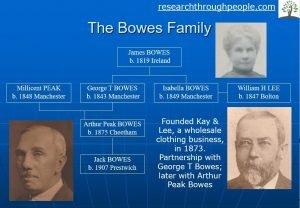 We researched the Bowes family back to George Bowes who founded the clothing business of Kay & Lee with his brother-in-law William Lee in 1873. Just one of the many textiles companies that Lancashire became famous for. Kay & Lee made men’s clothing; and had factories in Manchester and Northern Ireland. They made self-supporting trousers; clothes for the Whit walks in the cotton towns (new jackets); and during WW2, they manufactured army uniforms and greatcoats. Researching such a family, it’s often possible to find newspaper reports about both the company and family members. Although the Bowes family lived in Lancashire for many years, it turned out that James Bowes had come over from Ireland in the early 19th century., Such surprises often happen in family history!

Harold Farley was born in Blackburn, Lancashire in 1893. But, less than a century later, his grandchildren were convinced that they were Yorkshire born–and–bred, because Harold had moved to Halifax, where all of his children were born. 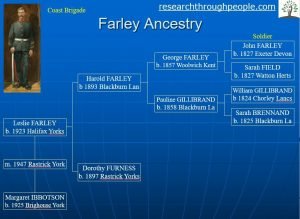 So that gives you a flavour of what walking in your Lancashire ancestors’ footsteps could be like. These families lived through history, such as the Industrial Revolution, and their lives were affected by it. 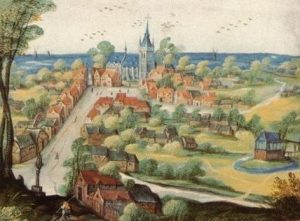 The Delano and Cooke Ancestors

“THE DELANO AND COOKE ANCESTORS: The Intrepid de Lannoys and Mahieus from Flanders THE EXTRAORDINARY STORY OF THESE UNIQUE MAYFLOWER AND FORTUNE PILGRIMS THE BOOK