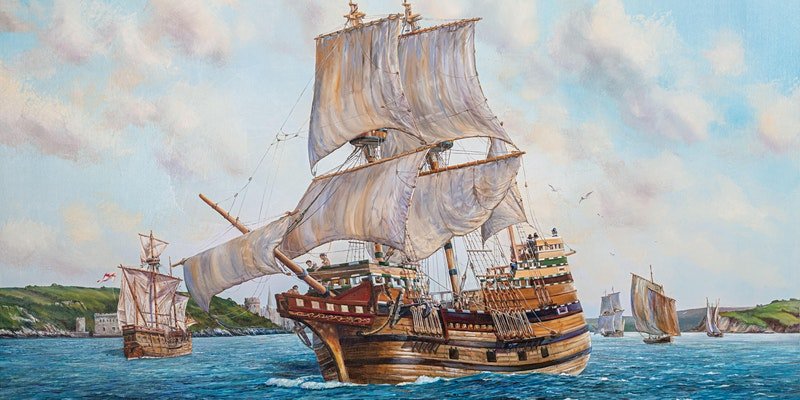 Professional genealogist George English talks on a topic that is close to his heart as his Mayflower Ancestor, Richard Warren, actually travelled to the New World on the original Mayflower voyage in 1620.

George will deliver a free talk on Zoom “1620 – The Mayflower Journey: Who went, where from, and why did they go?” on Friday 12 March at 6pm (GMT), 7 pm mainland Europe (GMT+1) and 1 pm EST (GMT-5). This talk has been organised by the Society of Mayflower Descendants in Europe.

2020 was the 400th Anniversary of the Mayflower, the voyage that changed the world. Many do not know that two major happenings in other parts of the world more than 100 years before led to the chain of events that caused the Pilgrims to migrate from England.

George’s talk covers the events during the Reformation which led to the Pilgrims’ leaving for the New World; the voyage itself; and the impact the Mayflower has had on Western civilisation ever since. He explores who these people were, the different places that they came from and the reasons that they left their homeland. George will include his Mayflower ancestor, Richard Warren, as well as other passengers such as Alden, Bradford, Brewster, Cooke, Howland, Mullins and Winslow.

George has many years’ experience of historical and genealogical research and has published articles in the Mayflower Descendant, Mayflower Quarterly and many other journals.

You can register for the talk via the Eventbrite link below.

Illustration: The Sails Fill as the Mayflower Leaves Plymouth by Peter Goodhall