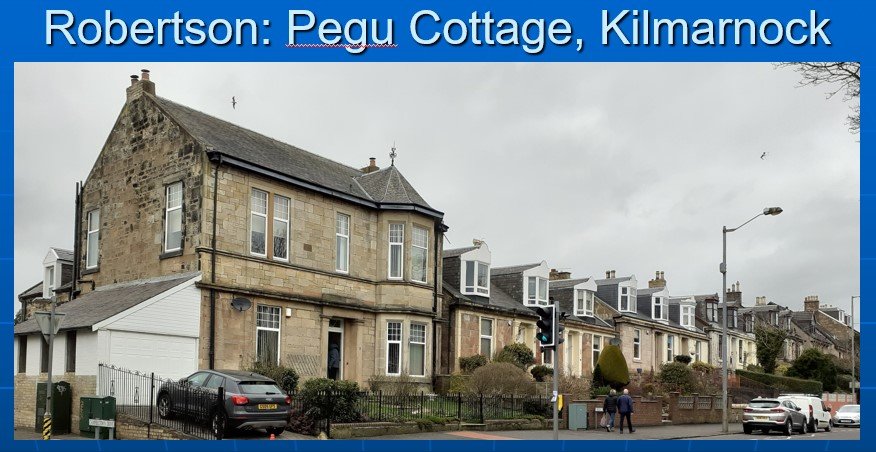 At Research Through People, we make lots of videos to give you more idea of what you discover about your family history. In this case, we’re going to look at the houses that your ancestors lived in, the people that lived there and the history that they lived through. Examples are the best way to show the different facts that may be discovered about your house through time.

Robertsons House Then and Now

Here we have a house called Pegu Cottage, that was lived in by the Robertson family in there in the mid 19th century. Pegu was a city in Burma, suggesting that the original owners had a connection there. Pegu Cottage was a big house at the end of Dean Terrace.

I knocked on the door of Pegu Cottage. The people living there now were as interested in discovering who had lived in their house as the people that we were researching for. They had information about the house and what had happened since the Robertsons left in the early 1900s. Then I met a man whose grandparents had bought the house from the Robertsons!

When her husband died in 1914, Ann Robertson moved a few houses along to 10 Dean Terrace. The owners of Pegu Cottage knew the lady who lived at No. 10. She had such interesting old documents, including legal papers mentioning the Robertsons, and fascinating old photos. Needless to say, the Robertson descendants were fascinating that their ancestors had been brought to life in this way.

Connor, Canterbury and the Reformation 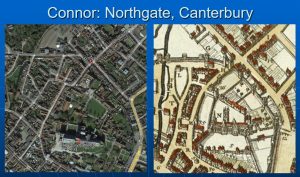 The Connor family lived at Northgate in Canterbury in 1841. Canterbury is famous for many things including its Cathedral where Thomas Becket was murdered. It was a walled city going way back to Roman times. We mapped where Northgate and Canterbury Cathedral are; and compared them to Canterbury on a 1670 map. Such maps help descendants to visualise what it was like for their ancestors in the past. We also found a painting of what Northgate had been like.

The history of Canterbury includes that many French protestants fled there to escape persecution in the 16th century during the Reformation. They were allowed to worship in the Crypt of Canterbury Cathedral itself. Many of them lived near the Northgate. The church looked after them in various ways. This is an example of the history in places where ancestors lived and what can be discovered by walking in your ancestors’ footsteps.

Mauchline Community In Times Gone By 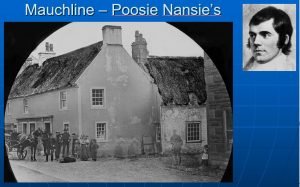 Another example of bringing houses to life and walking in ancestors’ footsteps is my hometown of Mauchline. I write a column in our bi-monthly newsletter, the ECHO. The first ones were about client’s ancestors who had lived in Mauchline. A baker whose house is now an ice cream shop. Many old residents remember this, and changes that had taken place over the years.

Lately, I’ve focused on a particular road in the past. The first was originally called New Road, and had only been renamed Kilmarnock Road in 1970. Next was Main Street, including its pub Poosie Nansie’s. Robert Burns lived in Mauchline for a couple of years and included Poosie’s in his poem ‘The Jolly Beggars’.  An 1870s photo of the pub appears to show ghosts outside – caused when people did not stand still with the slow shutter speed of the camera. The articles have really got local people talking!

So, a number of different examples of just how fascinating finding out more about your family history and houses can be. Interested? If so, please get in touch. Send us brief details of what you know, then we will have a look, for free, and get back to you with the options we suggest, and what it will cost. We look forward to helping you start your house history search.