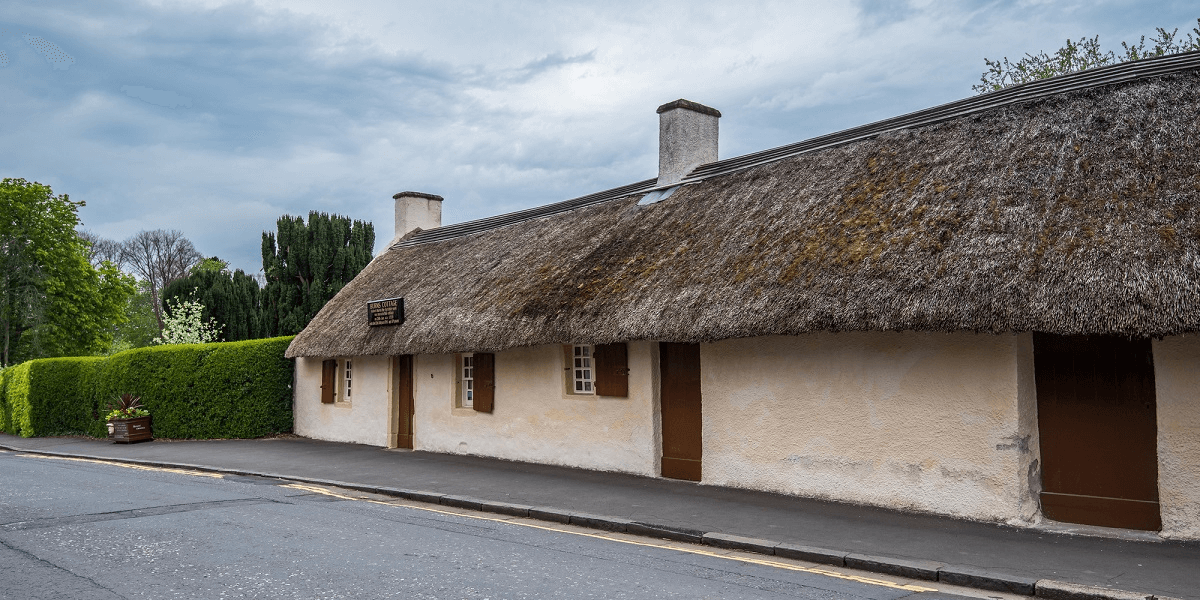 People ask us to uncover the story of their ancestors from a certain country such as Scotland or England. But, of course, they’re often more precise than that. We look at personal examples of Ayrshire ancestry, the county in Scotland with a history that goes way back. We will talk about aspects of Ayrshire that apply at a local level; and use examples to illustrate what’s involved in the research.

Join the many others to have experienced family history uncovered by our professional genealogists and walk in your ancestor footsteps.

Ayrshire is a coastal county, with an interesting shape. The coast goes the length of Ayrshire, which also goes inland. It is near to the City of Glasgow. The main town is Ayr which was made a Royal Burgh in 1205, and from which the county gets its name. Another major town is Kilmarnock which grew rapidly during the Industrial Revolution. The coast has meant fishing, tourism and other pursuits connected with the sea. All of this will have affected the lives of your ancestors.

The Success factors in tracing your ancestry are the same as in other research – Status, Records, Name and Continuity. But there are local differences, such as Censuses before 1841; records of the Ayrshire towns and villages in the Statistical Accounts; and records kept by schools. The archives in Ayrshire are very helpful.

Ayrshire has been affected by the historical events that have happened in Scotland and elsewhere. They will not have been affected by the Highland Clearances, but many Highlanders came to Ayrshire. The Industrial Revolution has a massive impact as it did in the rest of the United Kingdom. The terrible Great Famine in Ireland led to many Irish people emigrating to Ayrshire. Many Scots emigrated to parts of the British Empire. We frequently hear from people in USA, Australia and other countries who want to research their Scottish ancestors.

There were more than 40 parishes in Ayrshire. After the 1707 Act of Union and the start of the Industrial Revolution, people started to leave rural areas and go to work in the towns. The big growth was in the central areas where the population of Kilmarnock, Galston and Sorn doubled So did that of Ayr, while Newton-upon-Ayr grew by 3 times and St Quivox by 4! But some parishes, like Stewarton and Ballantrae, actually saw their population fall.

Scotland and the Union After the disastrous Darien Scheme, Scotland was nearly bankrupt in 1707 when the Union with England and Wales was proposed. They signed up quickly “providing they got access to the English colonial markets”. There was an immediate economic boom, followed by the enormous bonus of the Industrial Revolution. The United Kingdom has been the most successful economic union in history, having 40+% of the total world’s industrial capacity. The people of Ayrshire were massively affected by this e.g. Kilmarnock’s population increasing by 6 times in both the 18th and 19th centuries.

Let’s look at Kilmarnock in more detail. The Armours were an old Kilmarnock family. They married into another old family, the Loudons. Their occupations reflected the changes over the 19th century.  A big plus is the 1819 street map of Kilmarnock by John Wood, with the occupant of each house marked on it. So you can see where the Armours lived on the High Street, West Side; and this is shown in the 1841 Census. The 1871 Census shows the Loudons living at Dean Castle, where John Loudon was a gardener. The children have a wide range of occupations, both linked to industrialisation and others.

Robbie Burns, the poet;  and Alexander Fleming, who discovered penicillin, are two famous sons of Ayrshire. Sometimes our research uncovers links to such famous people.

This family were from Prestwick, but their ancestors came from the village of Tarbolton. We traced the generations back to John Richard who was a publican in Tarbolton in the late 1700s. If you show this picture of his pub to most people in Ayrshire, they will immediately know it was the Bachelors Club where Robert Burns and his friends regularly met. Naturally, this family were delighted to find this out about their ancestor.

Ayrshire Industries and other Influences

The railway started in the mid 1800s. This transformed many Ayrshire coastal towns. It meant that people could live on the coast yet go to work in places like Glasgow. So many nice houses were bult on the coast, along with golf courses.

Textiles were an important industry in many parts of Ayrshire, such as the Irvine Valley. There the 1871 Census for the Gebbie family shows them as muslin weavers. 10 years later, they are factory weavers because Alexander Morton had introduced lace weaving to the valley in 1876.

Mining has been another prominent Ayrshire industry. Many people find that they have generations of ancestors who went down the pit.

Another big influence was the tragic Great Famine in Ireland from 1845-51. Many people just had the potato as their main food – then there were years of potato blight. So they emigrated to Scotland, England and America. Many Ayrshire folk have Irish ancestors.

Many families have lived in Ayrshire for a number of generations. This couple both believed that they were “Ayrshire born and bred”. Sure enough, most of their grandparents were, except we found that one was from USA! Going back, we found others from the Borders, north of Scotland, Orkney and Ireland. You never know!

So that gives you a flavour of what walking in your Ayrshire ancestors’ footsteps could be like. If you are from Ayrshire, or elsewhere, please talk to us today about your free consultation. We will come back to you with the options we suggest so we can agree between us what we will do on your behalf. What are you waiting for? We look forward to hearing from you.