What do Taylor Swift, Richard Gere and I have in common? 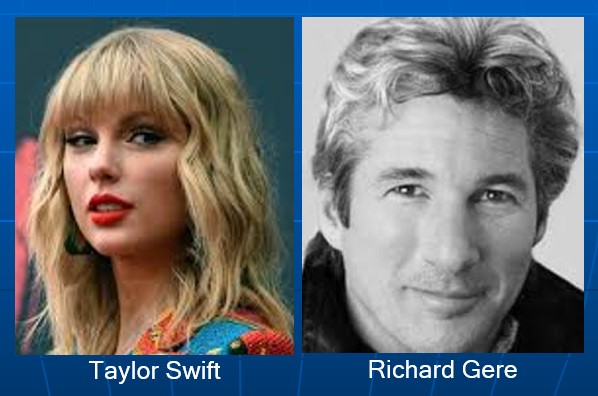 “What do Taylor Swift and I have in common?” I asked my grandchildren as I put them to bed. “Not a lot” came the reply. “What about Richard Gere and me?” “Certainly not his looks.” “But I love music and I’ve seen Pretty Woman many times” I protested. It was no good, I wasn’t getting anywhere.

Then I got their attention. I said “But we’re all related”. “What???” “Yes, we all descend from Richard Warren. “Who’s he?” “He was one of the passengers on the Mayflower.” “I’ve heard of the Mayflower.” “Richard was a merchant from London who left his wife and 5 young children behind to sail on the Mayflower to New England in 1620.”

“How do you know that?” Because people kept records.

Taylor Swift and us are related because Richard Warren’s granddaughter, Alice married Thomas Gibbs and they moved a few miles down the coast from Plymouth to Sandwich in what is now Massachusetts in America. Our ancestor was Alice’s younger sister, Mercy Warren who married Jonathan Delano. His father Philip Delano had come over on the next ship after the Mayflower, the Fortune in 1621.

Richard Gere descends from Richard Warren’s daughter Mary. But we are also related through his ancestor Hester Mahieu, whose husband Francis Cooke was another passenger on the Mayflower. Hester’s sister, Marie Mahieu was the mother of Philip Delano. And that’s one of the things about the passengers on the Mayflower and the other early ships to New England. Naturally, some of their children and grandchildren married each other, so there are many people with more than one ancestor who was a Mayflower passenger.

Like most of the Mayflower passengers, little is known about Richard Warren in England. But the record of his marriage to Elizabeth Walker in 1610 in Great Amwell, Hertfordshire has been found; as has the 1614 Will of Elizabeth’s father, Augustine Walker. Elizabeth Warren and their 5 daughters did not join Richard in New England until 1623 3 years later.They had 2 sons before Richard Warren died in 1628. These well-known people are all descended from Richard Warren.

There are 3 key questions with records: 1) did your ancestor do something that caused someone to record it?; 2) has it survived?; and 3) can you find it? Much of genealogy is about the expertise to know where to look for records, when you find them, to be able to read them, particularly if they’re old with difficult-to-read handwriting, sometimes a bit of luck; and the history of the times.

That’s the thing about your family history. You never know what you’re going to find. Even if your ancestors were from a poor background, everyone has lived through history. Your ancestors may have stayed in one place with all that went on around them over many generations. Or they may have migrated to another place or another country, as did the Pilgrims. Whatever, they will have an interesting story to tell.

By now, the grandchildren were fast asleep. Maybe my nose is a bit like Richard Gere’s? I wonder if Taylor Swift would be interested to know about all of us English relatives? I must ask her if we ever meet.

You can get in touch via our Contact page, or you can email info@researchthroughpeople.com.