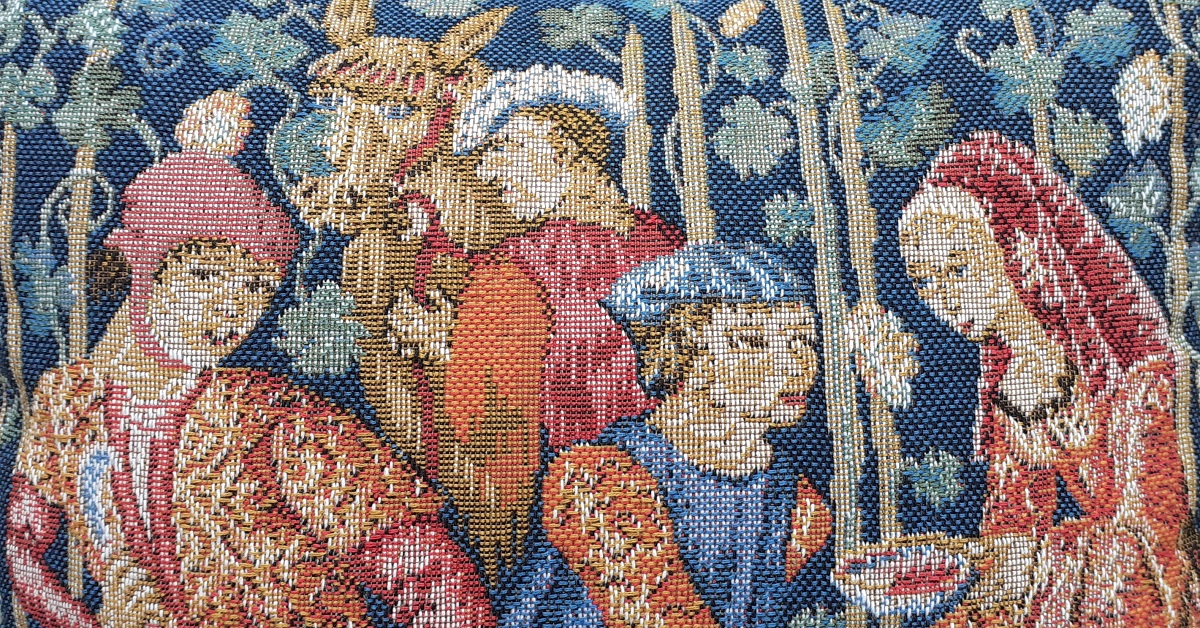 In Part 2, the example is of Philippe de Lannoy who went over to New England in 1621, where his name was soon changed to Philip Delano. The de Lannoys came from a place called Tourcoing in Flanders, where the Lords were the noble de Lannoy family, descended from royalty.

In 1899, a claim was published that Philippe’s ancestors were from the noble de Lannoy family. This has stood to this day, wasting years of the time of those who believed it. It was only when we used our expertise in the origins of surnames, along with other knowledge and evidence, that the claim has finally been disproved.

What I’m going to do is take one of the most extreme examples I’ve been involved in, which shows you how to go about this. But equally the dangers if people claim that they’re descended when it’s just not true. This is an example of someone called Philippe de Lannoy who went over to America. You may know that 2020 is the 400th anniversary of the Mayflower going to New England. Philippe went over on the next ship, the Fortune in 1621. His name was soon changed to Philip Delano. There are thousands of his descendants known about. There’s a Delano Society. There are people like President Franklin Delano Roosevelt descended from him.

The de Lannoys originally came from Flanders from a place called Tourcoing. Which is near Lille, probably the place that you might know, now in France but then just over the border in Flanders. And ‘de (from) Lannoy’. You see there was a little village called Lannoy quite nearby. That is crucial in looking at this. Flanders was in the Low Countries, which weren’t then Belgium and Holland. They were 17 smaller provinces which were ruled by Spain.

Philippe de Lannoy’s grandfather was called Guilbert de Lannoy, and he was from Tourcoing. Thought to be born about 1545. And two Delano brothers got together and did a fantastic bit of work, which was published in 1899. One of the brothers, Mortimer, noted straightaway that the lords, the ‘Seigneurs’ in French, of Tourcoing, were also called de Lannoy. There was a noble de Lannoy family. So, not unnaturally, perfectly reasonable to wonder if “we are related to that family”. And he claimed descent based on the fact that he thought perhaps …

They’ve got a person called de Lannoy living in Tourcoing, they know nothing much about Guilbert, but there’s a noble family. And they thought, “Well, he would normally be living with the noble family, why would he not?” Very occasionally, there were examples where someone who turned Protestant, this was during the Reformation, was disinherited by their Catholic parents. And there’s a possible example with Louis XIV.

So, Mortimer claimed the descent from the noble Jean de Lannoy because of ‘changing his religious faith’. That was one reason. He found six other reasons – totally speculation, no evidence as such – to claim that that was the case. Nothing wrong with that in itself. In fact, he was being sincere; he wasn’t trying to make it up. He said, “Well, this is all the information I’ve got. Let others judge”

What should have happened, was that someone with genealogical knowledge like ourselves, expertise, should have gone and looked at the evidence. I got involved more than a hundred years later, a few years ago. Over a hundred years, people had believed this. Some had not, of course. But it was still being talked about – and yet no one had gone and actually found out what the facts were.

Who was Guilbert de Lannoy’s Father?

So, who might be Guilbert de Lannoy’s father? Now the thing you need to do in this case is look at both the person who’s claiming the ancestry; and then the person with whom they’re claimed to be related. So, first thing to do is to say, well, what type of surname is de Lannoy? And it jumps out immediately, if you know about it, that de (from) Lannoy is a ‘Place name’ type of surname. Tourcoing was a few miles away from the nearby town of Lannoy. There was, of course, the noble family, but you cannot assume that because “our name’s the same, we’re descended from them”.

There’s also the case here where there were servants of the de Lannoy family who might have taken that name. So, we immediately know there’s more than one way that you can get the name ‘de Lannoy’. Let’s look at this place name. And straight away we examined Tourcoing. There were 80 districts and hamlets in Tourcoing. There were de Lannoys in 20 of those districts. Research has been done much more recently and in the Department of Nord, which Tourcoing is now in, it’s the 9th most common surname. So, it’s the same as having a very common name like Taylor or Jones in UK.

You immediately know there have been lots and lots of de Lannoys with the Place name. To try and conclude that this particular individual is descended from nobility, it’s just a non-starter. You can never be totally sure. But you would normally just dismiss this at that point.

But there are a lot more reasons to reject the claim, looking at the noble family. The good thing about the noble family, their ancestry was well documented. And there was Jean. He had four children that were recorded. The claim here was that, with the disinheritance, all records were deleted. There was no son Guilbert. But the children are born in the early 1530’s. The Delano brother said, “I think Guilbert was born about 1545.” So, he’d only be 11 – change religion and be disinherited at that age??

And the reason Mortimer said that, was he thought there’d been a siege in 1556. Now I looked at this, looked at the history. No siege. And what I realized, he had mistranslated the French word ‘siège’, which also means seat or headquarters of the family. There was no siege. And I found lots of other reasons to reject the claim that I won’t go into here.

The case should have been dismissed a long time ago. Bordering on certainty that the father was one with the unrelated Place name de Lannoy. Use ‘bordering on certainty’ because without an actual document, a birth or baptism record, saying here’s the father, OK, it is a possible thing. But the odds of that are very, very slight. And you certainly would not claim that ancestry.

Now, the royal claim – there are six royal lines claimed. All of them were to do with the de Franchimont family or wives of. The de Lannoys did not have any known connection to royalty. So again, question marks come up. Now basically, if a connection with a particular ancestor is broken then, of course, everything before that goes. But in terms of this, the reason I put a line here is that, over a hundred years ago, in 1906, I found someone had discovered four documents which proved that Jean de Franchimont did not marry Mahienne de Lannoy. So that claim to the link with the de Franchimont family had been disproved over a hundred years ago.

But it was only a few years ago that I found the actual proof, which was printed in Europe. Because this is more difficult if you’re sitting in America. Of course, the information is in Europe, and it was actually a Belgian person who’d found this information in 1906. So that royal claim was disproved immediately. And then we come to Jean de Lannoy. And in fact, he was not the Lord of Tourcoing. It was his younger brother. And he’s not known to have gone to Tourcoing.

Immediately, not only have we almost disproved this before we start, but also we get this situation where it is not deliberate fabrication, but it is clearly fabrication. It is not something you would put any evidence and weight on. The shame is, a lot of people had believed that over the last hundred years, and had spent a lot of time. I mean a Delano went to Chile and someone there wrote a great book about their ‘royal’ ancestry. Not only with the de Franchimonts and de Lannoys, but with other royal people e.g. Charlemagne. The Delano Society, when I joined, had the claim to Charlemagne still up there, et cetera. Evidence is so important.

So there’s an example. We’d be delighted if you want to get in touch. I doubt if your claim is as detailed as that, but we can find information. Sometimes we come back to you and say, we’ve proved it’s true. Sometimes we’ve proved it’s not true. Quite often we have to say the evidence is not there, but we can very often make a judgment, it is likely or unlikely. So, delighted if you want to get in touch; please feel free to do so. You can send us an email to info@researchthroughpeople.com. Thank you. We look forward to hearing from you.

PrevPreviousFind Out Where Surnames Originate
NextAmerican and Canadian Ancestor StoriesNext